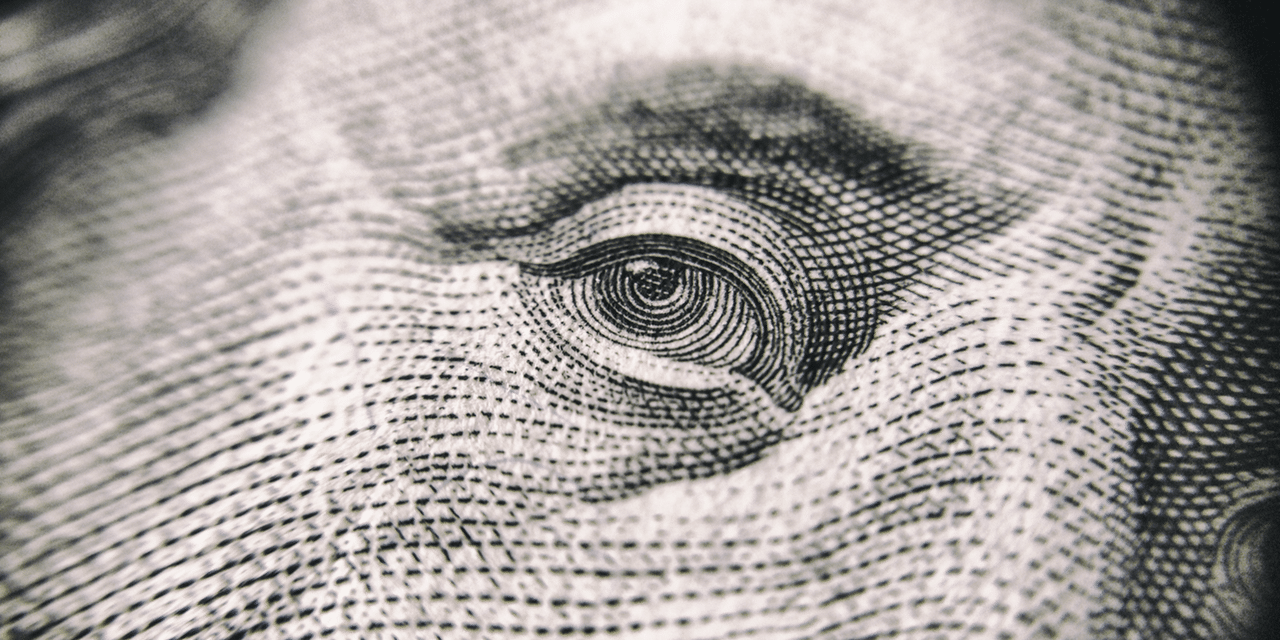 Cannibalism is not uncommon. Humans have long enshrined the consumption of human flesh in sacred ritual – not just a few times, but again and again, in almost every corner of the globe. Evidence for cannibalistic practices has been found in South America, on many Pacific Islands, among some ancient Native American tribes, and in many other regions of the world.

Nor is cannibalism a distant historical fact. In the 1980s, Médecins Sans Frontières, the international medical charity, documented ‘ritualised cannibal feasts’ among soldiers in Liberia. Since then, the ritual has become more common. By the early 2000s, sacred cannibalism was a common practice in this near-anarchic country, where violence, rape and drug-abuse are widespread. Cannibalism has also been documented in the Congo, in Sierra Leone and in Uganda, where it was infamously practised among the child soldiers of Joseph Kony’s army.

In such war-torn areas, participants in ritual cannibalism are often happy to make their motivations clear. They draw spiritual and physical power from the consumption of human flesh. The practice serves an obvious propagandistic value as well, striking fear into the hearts of enemies. And in child armies, cannibalism is an initiation ritual, an ordeal that transforms a boy into a man, and makes him feel sanctified, empowered and safe under the hails of bullets.

Cannibalism has no single, ubiquitous meaning. Rather, it is adapted to suit the spiritual framework of each culture in which it’s practised. For ancient Egyptian pharaohs, it guaranteed an eternal afterlife. For Druids, it might have been connected with agriculture and fertility. For others, cannibalism has served as a tool of empowerment, intimidation, and a way to honour the beloved dead. But most of all, cannibalism deals in taboo.

We often think of taboo in terms of proscribed action: it’s taboo to marry your brother; or, in certain cultures, to eat pork. But in a much deeper sense, the word ‘taboo’ denotes the very points where the sacred and profane converge: sexual intercourse, the taking of life, childbirth. Many cultures regard these acts as ‘unclean’ – yet at the same time, as profoundly holy. In fact, anthropologists often define ‘taboo’ as an act deemed too sacred to perform under ordinary circumstances; an act that invites the greatest peril while invoking the most tremendous power. Cannibalism is one of the strongest taboos of all, and that might be the very reason why it’s been considered one of the most holy rituals, around the world and far back into the depths of prehistory.

Cannibalism (or ‘anthropophagy’ – literally ‘man-eating’ – as most modern anthropologists prefer to term it) was practised long before anatomically modern Homo sapiens. In the cave dwellings of Homo antecessor, the common ancestor of modern humans and Neanderthals, anthropologists have discovered ‘de-fleshed’ human bones dating back 600,000 years. The earliest Homo sapiens bones found in Ethiopia also show signs of de-fleshing by other humans.

This far back in prehistory, it’s hard to say exactly why our distant ancestors ate one another. Some anthropologists argue that food shortages must have been a factor, along with the fact that corpses left to rot would attract man-eating predators such as leopards and lions. And yet, by the Upper Palaeolithic period, it’s clear that cannibalism served a deeper purpose. Human remains found in Gough’s Cave in England dating to 15,000 BCE show evidence of cannibalism: many of the skulls appear to have been used as drinking vessels, indicating that the devouring of the human dead served a ritual purpose for the people who visited this cave. This was not mere cannibalism-for-survival; it was cannibalism as a sacred practice.

Ritualised cannibalism not only survived well into historical times, but was also enshrined in some of the earliest literate cultures – particularly ancient Egypt. In 1881, the French archaeologist Gaston Maspero broke into a tomb in the vast Egyptian burial ground of Saqqara, outside of Cairo. At the end of a long underground causeway, he found a gallery of brightly painted reliefs: harvest scenes, temple ceremonies, battles with enemies. There were also ritual inscriptions. These turned out to belong to a set of spells known as the Pyramid Texts, a large and varied corpus of Egyptian magical literature that appears fully formed in some of the very earliest tombs, hinting that these spells and rituals must date back to a time before writing.

Perhaps the strangest of the Pyramid Texts are those that concern cannibalism — not only of other humans, but of gods:

Pharaoh is [he]
Who lives on the being of every god,
Who eats their entrails…
Pharaoh is he who eats men and lives on gods.

This ‘Cannibal Hymn’ was the enshrined tradition of an ancient and highly ritualised culture whose roots reached far back into the mists of prehistory to a time before writing or cities, when the warlords of the Nile Delta feasted on the flesh of their conquered enemies, and called it holy. The Greek writer Diodorus Siculus, writing thousands of years later in the first century BCE, recorded an ancient story in which Osiris forbade Egyptian people to eat one another. This story was still recited in the Roman period – a reminder of a time when the eating of human flesh had been a sacred practice.

In fact, sacred cannibalism persisted (or reappeared) in the West all the way up to Roman times. Certain Druid clans seem to have practised human sacrifice and cannibalism in the early centuries CE, and many Greek and Roman writers make references to tribes with cannibal practices. St Jerome mentions a cannibal people called the Attacotti; Herodotus refers to a tribe he calls simply ‘the man-eaters’ (anthropophagi).

In one striking story, Herodotus relates an episode in which the Persian emperor Darius, ruler of a domain that stretches from modern Turkey to Afghanistan, decides to try an experiment in cultural relativism. The emperor summons a group of Greeks and a group of Callatians (an Indic people) to his court. He asks the Callatians what it would take for them to burn the bodies of their dead fathers, as Greeks do. The Callatians gasp in horror and insist they’d never do such a dreadful thing. Darius then asks the Greeks what it would take for them to devour the bodies of their dead fathers, as the Callatians do – and the Greeks, in their turn, gag with revulsion. Though the two cultures hold polar-opposite views on what should be done with the dead bodies of relatives, they agree on one crucial point: ancestors’ corpses are taboo – simultaneously unclean and holy –  because they bridge the worlds of the living and the dead.

In fact, some monks and ascetics practise cannibalism with the aim of transcending precisely this boundary. Take, for example, the Aghoris, a sect of Hindu ascetics in India. A core principle in Aghori doctrine is that all things in the universe are equally sacred – including human remains. By holding and caressing dead bodies, a practice regarded as highly taboo in mainstream Hinduism, and eating human flesh, the Aghoris aim to transcend all dichotomies, see through the illusory nature of all human categories, and attain nirvana by becoming one with ultimate reality.

Perhaps the clearest insight of all comes from certain Tibetan monks who, as recently as the 1500s, ritually consumed ‘pills of flesh’ collected from Brahmin ascetics, and left extensive written documentation of the theory behind this practice. This theory turns out to be extraordinarily multilayered and complex, but it boils down to the idea that these ‘flesh pills’ bridge the boundary between subject and object, serving as ritual tokens that embody the compassion of past Buddhas, while also reminding the eater of the transient nature of his own mortal flesh.

How far back in human history does this concept of cannibalism-for-transcendence reach? We might never know for sure – but at some point in our evolution, cannibalism clearly ceased to be a simple act of survival or dominance, and became a true taboo, a point of convergence between the sacred and the profane. A dead human body, our ancestors recognised, had once contained a mind; a consciousness whose departure somehow transmuted the body from a sentient person into an inanimate object. This realisation could not fail to make a profound impression on the palaeolithic inhabitants of England; on the ancestors of the pharaohs; on Greeks and Druids and Aghoris and Tibetan monks, and on hundreds of other societies around the world, throughout every era of our past and present. Across all these cultures’ justifications for man-eating, one central idea resonates: we eat the dead because we hope never to become as they are. 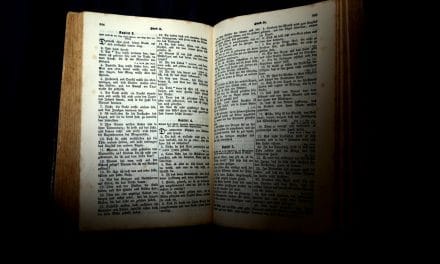 Is religion a universal in human culture or an academic invention? 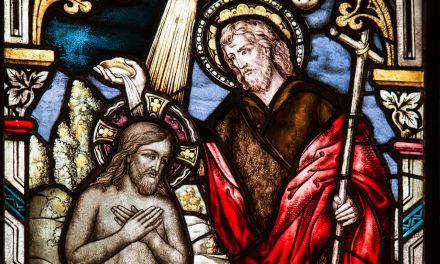 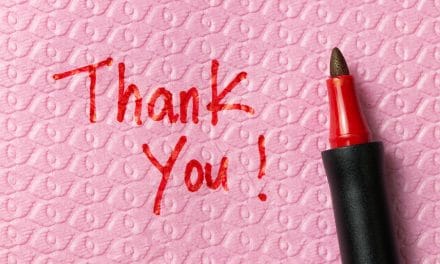 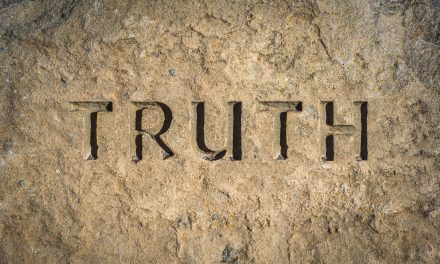